The Charles Mill Lake Monster is a reptilian humanoid cryptid that was witnessed by three teenage boys — Denny Patterson, Wayne Armstrong and Michael Lane — on the night of March 28, 1959, near the swampy shores of the Charles Mill Reservoir in Ohio.

The witnesses described the creature as being an armless humanoid that stood approximately seven feet in height. They reported that it possessed luminous, green eyes and large, webbed feet. 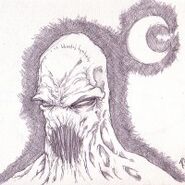 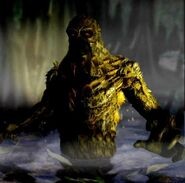