The Dark Baby, also known as the Roly-Poly and the Tar Baby, was a horrifyingly-disturbing entity encountered by a woman named Mrs. Quinn and her two daughters in their Kentucky home at 1:30 AM in August of 1961.

Mrs. Quinn described the entity as a “terrible looking creature” that hovered beside her bed. Her 14-year-old daughter Judy described it as "…a huge tar-baby with enormous eyes.” This would indicate that the entity possessed a sludgy, slimy texture, as if covered in tar.

Their odd tale began at approximately 1:30 a.m. — sometime in August of 1961 — when a woman identified only as “Mrs. Quinn,” abruptly awoke in her bedroom to find what she described as a “terrible looking creature” hovering beside her bed. Mrs. Quinn watched in horror as this small, dark being, drifted across her bedroom toward the bed where her daughters were sleeping. It was then that her 14 year-old daughter, Judy, awoke to see this bizarre, black specter hanging above her head. She described — in decidedly non-politically correct terms — the suspended and evidently bio-luminescent thing as resembling “…a huge tar-baby with enormous eyes." Perhaps due to the psychological resistance offered by the teenager, or for reasons that are still unknown, this spine-chilling organism vanished. 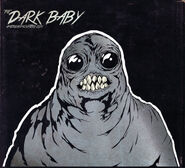