Doveland, Wisconsin was supposedly a small town which somehow disappeared in the 1990's. Some people in Wisconsin allegedly have shirts, mugs, souvenirs, etc. from the town, and some even remember it or had relatives who lived there.

Outside of memories and stories from relatives there are also ephemera such as mugs and shirts bearing Doveland's name.[1] There was also a digital "ghost trace" of Doveland in the form of Google search autocorrect and recommended search options suggesting the term Doveland, Wisconsin to many users without it bringing up any results. This phenomena is similar to Langville, Montana. Unlike that "vanished town" no ARG or online publicity campaign can be linked to the town, which first started appearing in online mentions in 2015.[2] 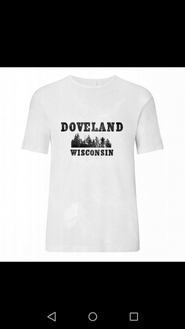 A shirt bearing Doveland, Wisconsin's name that appeared as an online advertisement on Facebook. 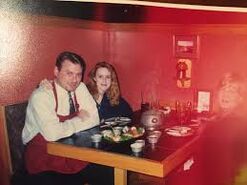