The Space Penguins of Tuscumbia sighting was an extraterrestrial sighting that took place on the morning of February 14, 1967 in Tuscumbia, Missouri. The witness was a 64-year old farmer by the name of Claude Edwards.

Claude saw what appeared to be a UFO sitting in one of his nearby fields. Edwards stated that before he saw this unusual object, the first thing that he noticed was that all of the cattle in his east field were gazing in the same direction. He was astounded to see what he described as a massive, grayish-green, mushroom- like object, which was perched atop a circular tube, in the meadow adjacent to his barn. He also witnessed a group of small creatures scuttling beneath the craft.(americanmonsters.com)

Edwards described the creatures as being approximately 3 feet in height and being a grayish-green in color. The creatures had no discernible hands. They also seemed to either be wearing goggles or have large black eyes. They also had dark protuberances where their noses and mouths ought to have been. 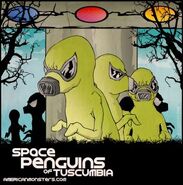